Acupuncture for Alcoholism: How does it work? 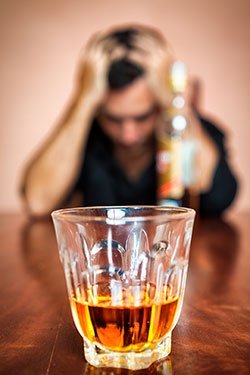 As early as the late 19th century, practitioners already used acupuncture to treat opium addiction. They discovered that the procedure brings a state of well-being which eliminates cravings, withdrawal symptoms, among others. Since then, acupuncture has also been a part of alcoholism management.

Acupuncture for alcoholism works by inserting thin, sterile needles to at least 3 to 5 points surrounding the ears. This auricular therapy targets specific areas suggested by the National Acupuncture Detoxification Association (NADA). Through this technique, client’s liver, kidneys and lungs—three of the body’s major organs of elimination—will regain strength and be conditioned for detoxification.

The procedure is generally painless and the client can sit or lie comfortably for about 45 minutes. Acupuncturists also use cupping and herbal therapy to propel toxins and congestions out of the body. Continuous sessions are required initially and weekly follow-ups are given to eliminate unnecessary withdrawal symptoms.

Acupuncture for Alcoholism: Is it effective?

Scientific studies in the past showed that both animals and humans greatly benefit from acupuncture. It helps in alleviating depression, pain, stomach acids and also boosts the body’s ability to eliminate toxins from alcoholic drinks.

However, acupuncture for alcoholism is not a cure-all or “magic bullet” solution—nothing is.

But what is impressive about acupuncture is its painless way of helping people manage withdrawal symptoms effectively and gain independence over their lives in the long run. While some Western medical practices have failed to deliver what they promise to their consumers, acupuncture for alcoholism remains true to its intention: to bring recovery to those who need it the safest way possible.

Interested to give acupuncture for alcoholism a try? HLC offers the most comprehensive and reliable acupuncture treatments within Orlando and Lake Mary. Call our office today to learn more.