How Hypnosis can Remove Phobias such as Public Speaking

How Hypnosis can Remove Phobias such as Public Speaking Each of us has our own fears on something that is given. However, there are people who develop worse cases as their fears turn to phobias which may already hinder a person’s normal life especially in participating in his activities of daily living and even his social life. Most of the time phobias are rooted from traumatic or bad experiences in life where in the person was unable to compensate properly. Thus, phobia is generally psychological and special interventions are necessary to eliminate or if not reduce phobia. On the other hand, researchers also consider genetic and some chemicals in the brain as a factor in having phobias. In the medical field, phobia is defined as a type of anxiety disorder characterized by having irrational and persistent fear over something. Two major treatment for phobias are cognitive-behavioural and hypnosis which are usually done together to produce better results. For now, let us focus on how hypnosis can remove phobias such as public speaking.

Hypnosis, also called hypnotherapy is commonly used as one of the treatments for phobia and has been proven to be really effective. But before we proceed learning on how hypnosis can remove phobias such as public speaking, it would be better if we take a closer look on phobia first. When a person has phobia, he usually experiences severe anxiety, feelings of powerlessness, excessive sweating, avoidance on the object he fears and increased heart rate. Experts say that our fears are deeply concealed inside us and are brought about by unwanted and negative experiences. Furthermore, they say that a percentage of ninety percent among adults have their own fears that hinder their way of living at some point. There are people who know how or why their fear on something occurred while other people do not have a clue. But gladly, with the aid of hypnosis both groups of who remembers and who do not may eliminate their fears. Within a hypnosis session, the person will be able to enter his memories that have long been repressed inside him. As for the main goal of a hypnotherapist, he can assist in creating positive memories and remove the negative ones associated with his particular phobia and this is how hypnosis can remove phobias such as public speaking.

Moving forward, fear of public speaking may be common in almost anywhere in the world especially in one’s workplace. Public speaking may be defined differently for everyone. There are those who consider talking to a small group of three or four as part of public speaking. It could also be a corporate presentation, giving speech, addressing to a room full of people or an interview. The main thing is that it involves communication towards other people and truthfully this is difficult. When we have fear on talking to people and we cannot focus nor express ourselves, then might as well seek help from a professional before it comes to worst.

Moreover, how hypnosis can remove phobias such as public speaking is proven and undoubted. Another good thing about using hypnotherapy is that it does not produce side effects and takes away the symptoms of phobia fast. After a series of hypnosis for fear in public speaking, one may feel changes and that the fear is reduced. As a result, better performance and communication are established among others.

Hypnosis and Weight Loss – Gearing Up to Promote a Healthier Lifestyle 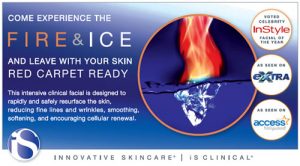 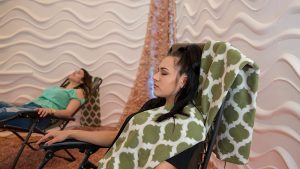 What is a Salt Room